Dutch health care for children: A blog by Aditi Chatterji

” Processes and systems like the Consultatiebureau (child screening and advice center) are quite amazingly set up in contrast to other countries. The entire machinery kicks into place once a baby is born right up until they become teenagers. The vaccination process, information, overall health and well-being is tracked via a rather good process with periodic checkups, vaccination reminders etc.”

Read on about Aditi’s experience with the Dutch healthcare system …

“It’s hard to believe that my husband and I have lived in this land of milk and stroopwafels for a little over 12 years. Of course, one of the first realisations we had was that living here was way more complicated than just the picture perfect clogs, windmills and tulips. It involved navigating a tax system, municipal system and a healthcare system – in a foreign language. Though we soon discovered, almost every person speaks some degree of English.

Having lived on three different continents – Asia, North America and Europe, it was clear that all works quite differently here in the Netherlands. One of the points we noticed was the pace at which things moved in the health care system – things appeared to be a lot slower than in other places which I had experienced. Of course added to it, was the typical expat feedback and a bit of fear mongering about the Dutch Healthcare system (mostly because when people come from different countries it is hard for them to understand the complexities of a culture). Most Dutch people tend to live a healthy lifestyle, cycling, eating in limited amounts (except fries on Fidays 🙂 ), and in general are very practical with their approach to life. This isn’t a culture of instant gratification and extra pandering and service (common in Asian cultures for example).

For instance, if your child has a fever, the doctor’s office typically makes you wait three, four days before agreeing to see a child. Which is at odds with the healthcare system in many other countries, where mothers typically rush to emergency care for someone to see their child, or phone the doctor for a house call. The somewhat old fashioned and practical approach to solving minor problems can appear frustrating to people from countries where you receive instant medication. For instance waiting a fever out for 5 days without antibiotics/ blood work – but the truth is, in most cases the problem solves itself without overmedicating/ creating drug resistance from over use.

For the first few months that we lived here, BC (before children), we didn’t need to really see our General Practitioner (huisarts). But post children, that changed very quickly.

Giving birth in the Netherlands is made out to be a natural and easy process by the system – with exceptions of course. The proof of this attitude is of course in the number of childbirths that still happen at home. While the foreigner in me insisted on a hospital instead, I readily embraced the kraamzorg (nursing care after delivery) at home. It was a luxury having a person take care of the baby, mother and others in the family by helping the first week after a baby is born.

When we lived in Den Bosch, the huisarts (GP) even came by to visit the new born to make sure we were doing well (I do believe that is no longer the case, especially in the larger cities here in the Netherlands).

12 years of navigating the Dutch healthcare system later – I learnt a few things. If there is a critical problem (one of my children has serious allergies for instance) – the specialists can be very helpful in problem solving and become part of the community of carers and add to one’s well being.

Also, in most cases of critical care being delivered to family and friends, the doctors do their very best and most speak fluent English to be able to communicate with foreign patients. I have had friends from several countries including the UK & the US being very satisfied with the quality of the super specialists at the hospitals here in Eindhoven, Den Bosch and Maastricht. Therefore, it is no surprise that the Netherlands quite often ranks amongst the best in the world for healthcare.

However, as with any system, one’s personal experience of it quite often determines how we feel about it. Also, satisfaction with a healthcare system is largely based on patient outcomes, experience and expectations.

So the next time you are having trouble getting an appointment with your Huisarts, and are feeling a little grumpy, it’s probably a good idea to remember, it probably isn’t anything to worry about – otherwise you would have jumped the queue!”

Adita and her daughter: 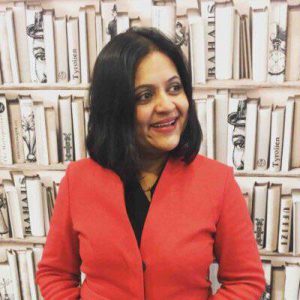 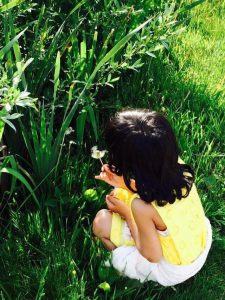