We receintly welcomed our 4000th patient at SGE International. His name is Gerard Vazquez Rubio from Barcelona, Spain. He is studying Electrical Engineering at Fontys University of Applied Sciences Eindhoven. He heard about SGE International from his mentor when he mentioned to her that he was looking for a GP in Eindhoven. 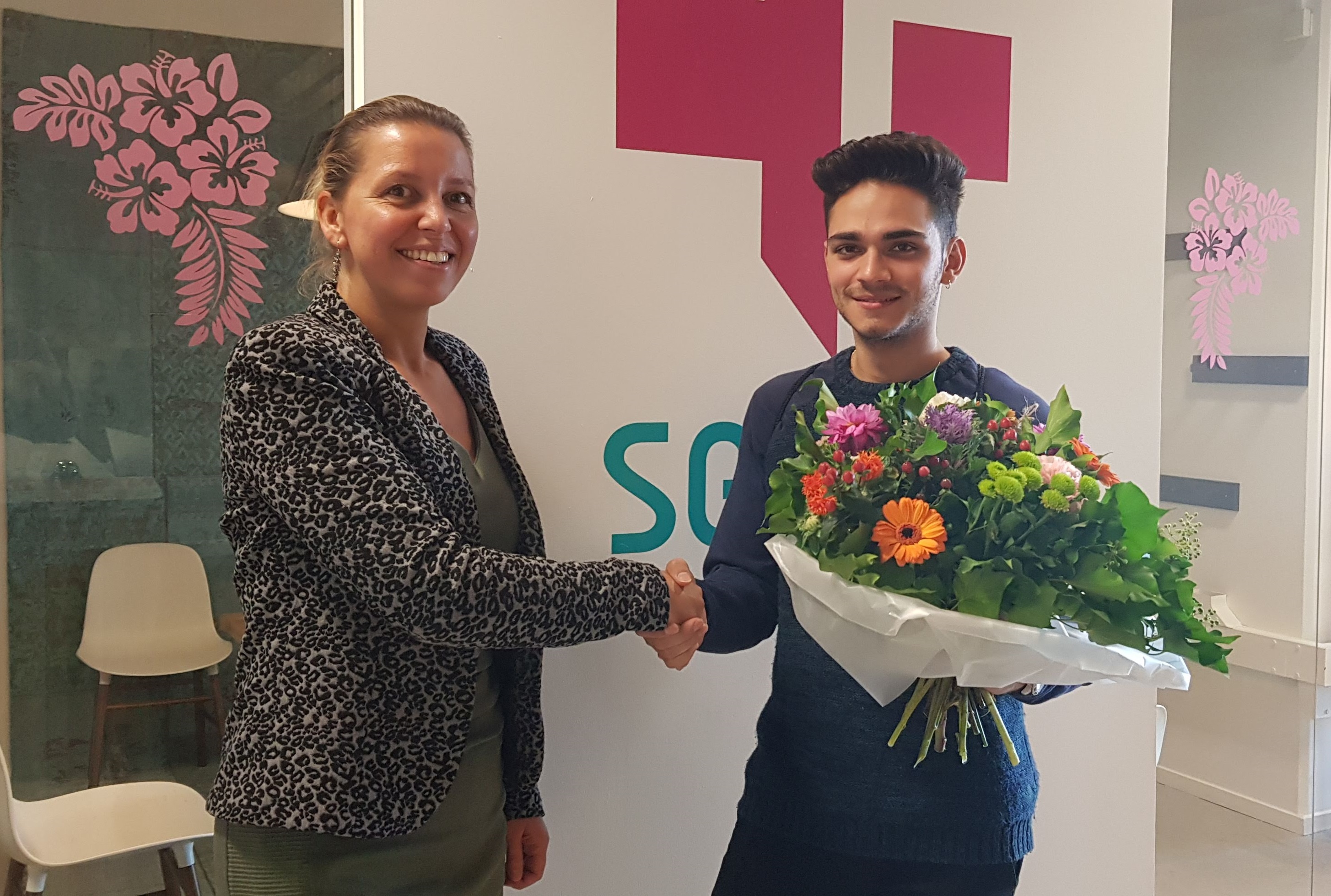 Gerard stepped in our clinic at Strijp S this morning to have a consultation with one of our GP’s. He was pleasantly surprised when he received flower from one of our GPs Dr Baard (picture).

We asked him what he experienced so far. “I think it is quite different here compared to Spain. First of all I think the location is impressive, the modern design of your clinic and secondly the staff is very friendly. And I am happy I can speak English here because I don’t speak Dutch.”

SGE International GP’s are used to receiving files and documentation from other countries, this is an advantage to the internationals who can discuss together with the GP on how to proceed their medical treatment in The Netherlands.

For his studies, Gerard finds the city of Eindhoven is important, because Brainport was the smartest region and also all the lighting projects in the area are of interest to him.

About his studies he adds: “I get lots of opportunities to practise what I’ve learned, which is very good and useful. Also compared to Spain my teachers are younger here, which I like too.”

SGE International opened its doors in November 2015 as the 11th (first line) clinic (‘huisartsenpraktijk’) of Eindhoven health care organisation SGE. At that time there was a need to have a clinic with a focus on internationals. Not only all the communication is in English but also all staff is intercultural experienced or trained to deal with people from all nationalities. The concept was developed after research and consultation of the target audience. Since then SGE International has seen a steady and sometimes booming growth thanks to the dedication of the staff, the patients and the support behind the scenes.